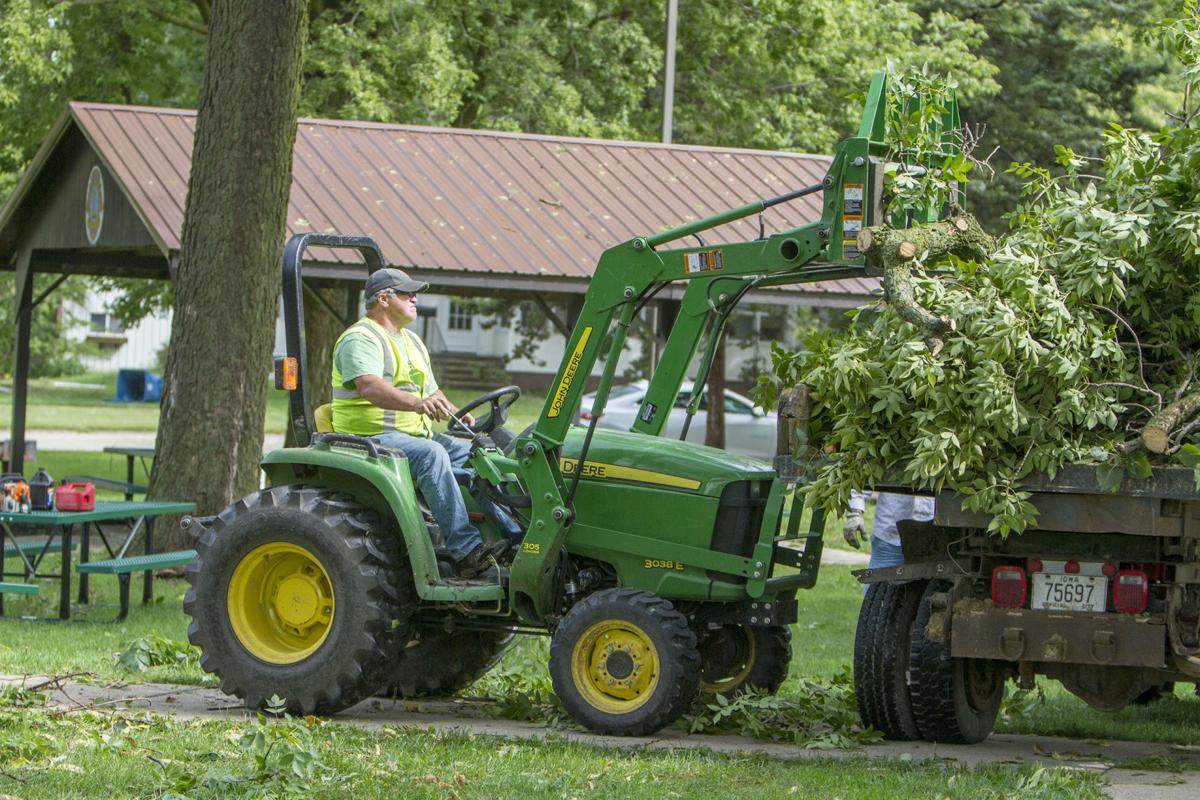 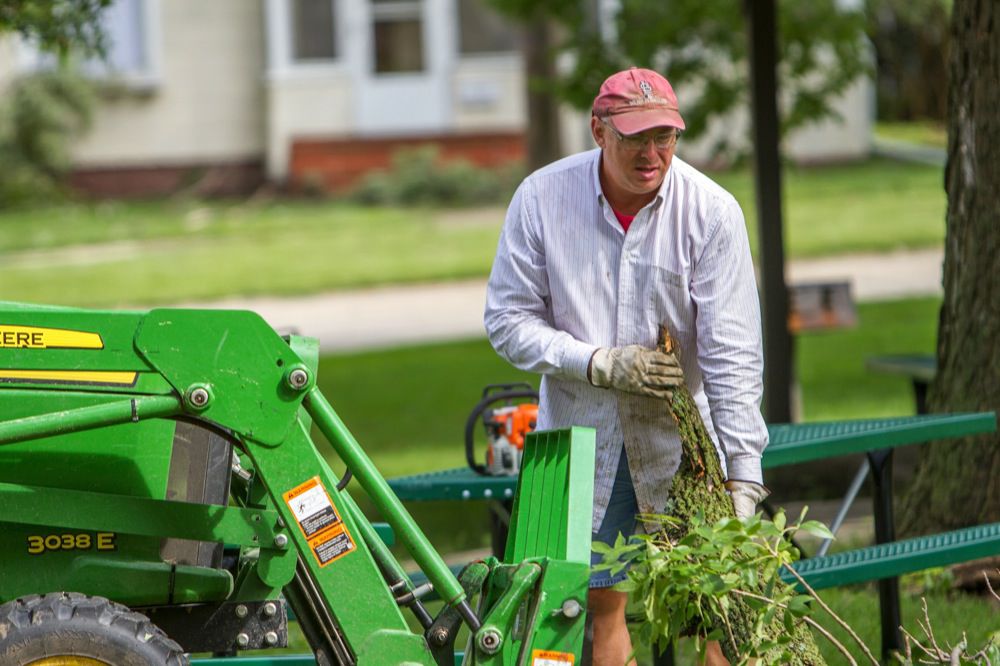 DeWitt received an estimated 3.1 inches of rain from the storm, and some street flooding was observed in DeWitt as the storm water system struggled to keep up with the deluge.

National Weather Service researchers were in DeWitt and the surrounding area Wednesday and concluded a small EF0 tornado touched down on the Clinton/Scott County line and tracked for 4.1 miles to the northeast. The storm’s estimated peak wind was 80 mph and caused damage to trees, crops and one house.

The National Weather Service said the storm swept through the Elvira area as well causing extensive damage to crops. An Elvira farm building’s roof was removed by the wind, and peak wind gusts in the area are estimated to have been 80-90 mph.

In DeWitt, emergency crews responded to multiple trees sitting on power lines, including one on Fifth Avenue across the street from Ron and Carol Dohrmann.

“The tree fell on it and the line arced several times,” Ron said. The couple waited out the storm in their basement as storm sirens echoed across town.

DeWitt resident Jeff Lux, on the other hand, watched out his living room window on 10th Street.

“The sky was green and yellow,” Lux said.

“Most of the outages we had were related to lines down and trees on lines,” Wagner said Wednesday afternoon. “Crews were clearing trees and putting lines [back] in place.”

Wagner said the repairs were complicated by the storm’s slow-moving nature.

“We had one round of storms, and then another round, and [crews] had to wait for the second round before they could start again,” Wagner said. “Weather played a problem, and the storm was kind of slow moving.”

An estimated 6,000 customers lost power at some point during the storm, Alliant said. As of 1 p.m. Wednesday, all but nine DeWitt customers had regained electric service. Alliant crews were hoping to have all power restored  by 4 p.m. Wednesday.

DeWitt Public Works Director Matt Proctor said city crews were out Tuesday night until around 1:30 a.m., clearing as many streets as possible, but decided to stop until morning.

“We went home because we didn’t want to get anyone killed,” Proctor said Wednesday morning as he helped clear trees along Sixth Avenue. “We used the loader and put some cones out [around fallen branches]. You aren’t efficient in the dark.”

Crews resumed work Wednesday at 6 a.m. clearing trees and debris from public right-of-way areas, such as streets and sidewalks. He said crews would circle back and pick up limbs from along the curbs once the primary obstructions were cleared.

Proctor said the city would clean all branches that fell off trees on public land — between the street and the sidewalk — but it is the homeowner’s responsibility to clear debris from trees planted on private property.

“We’ve had significant storms since I’ve been here [in 2008], but this is really widespread,” Proctor said. “Other storms hit just an area of town, but this is the entire town.”

Some longtime DeWitt residents agreed, and said Tuesday’s storm damage was some of the worst they’d seen.

Merlin McKillip said it’s the most widespread tree damage he’s seen since he moved to DeWitt in 1972. Lux agreed as he sat on his front porch Wednesday morning watching city crews remove half a tree that had fallen across the sidewalk in the 300 block of 10th Street.

“It had been dead for a while,” Lux said of the tree. “It was waiting to go for a while. This is the worst [tree] damage I’ve seen.”

Lines were three- and four-trucks deep Wednesday morning as residents unloaded truckloads of limbs and branches at the city’s compost pile on Sixth Avenue.

“I made five trips with my truck today,” said McKillip. “There was quite a lineup [of trucks] down there.”