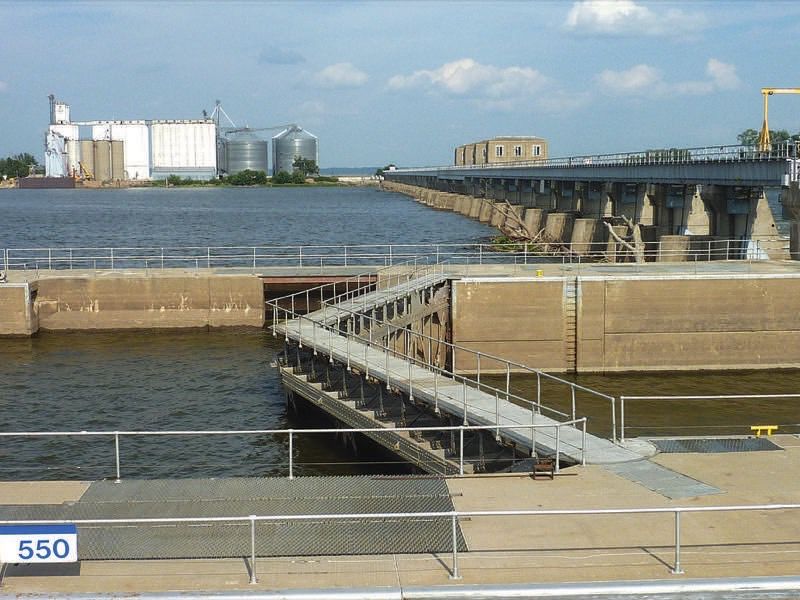 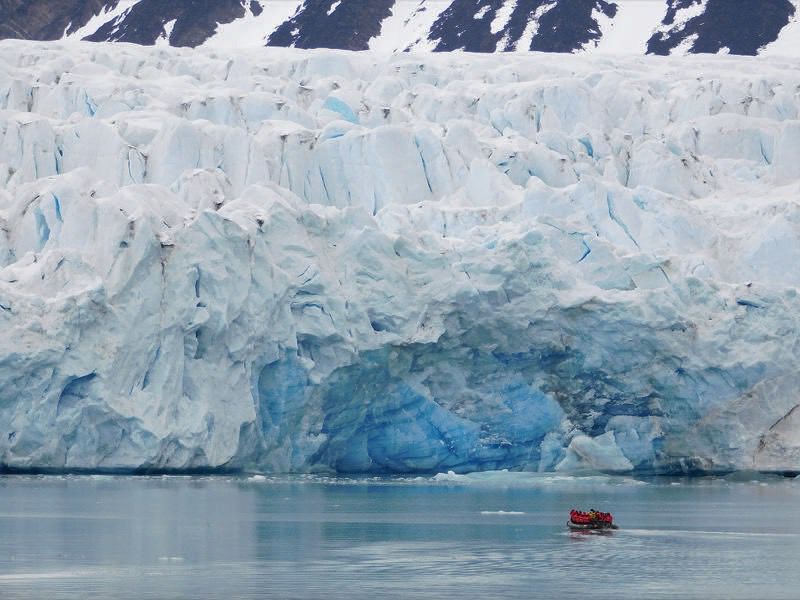 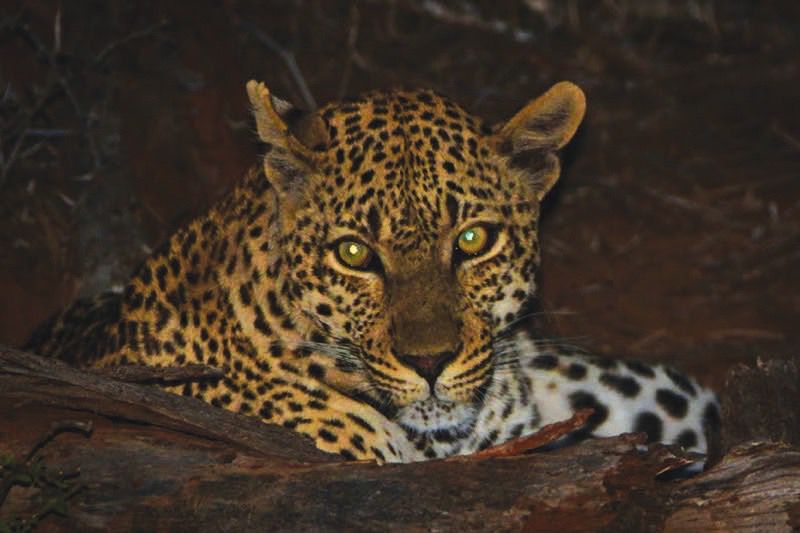 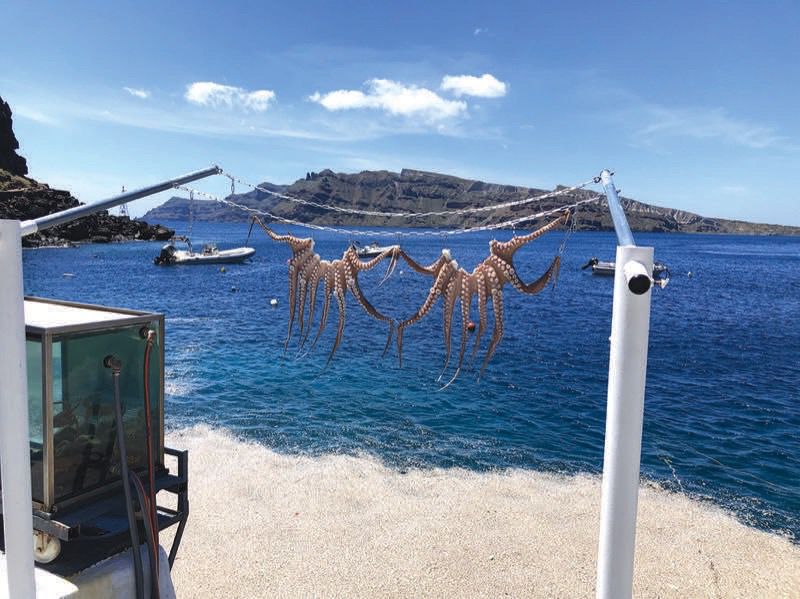 The DeWitt Noon Lions Club has lined up a stellar 2020 travelogue series for its 52nd season. Armchair travelers can journey to 11 destinations around the world during the travel season that begins Jan. 7 and continues every other Tuesday through May 26.

Shows are at 3 and 7 p.m. at the Operahouse Theatre in downtown DeWitt.

Every effort will be made to present a travelogue on the day scheduled. However, if inclement weather forces a cancellation, the information will be posted on the theater door. Attendees also can check the club’s website, dewittnoonlions.com; the DeWitt Noon Lions Facebook page or call (563) 320-4958.

A $5 donation is suggested. The Lions return the proceeds from the travelogue series in the form of support for community projects. No seats are reserved.

Several local restaurants will have special items on their menus for travelogue patrons, and DeWitt businesses will be open for persons who would like to make a day of it.

• Jan.  7 — From Iowa to the Aegean Sea by Neil and Jillian Aschliman, of Davenport. Join DeWitt librarian, Jillian, and her husband, Neil, as they journey to the beautiful Aegean Sea area to visit Ancient Athens and continue across storied Crete and into the beautiful volcanic island of Santorini. All travelogue attendees will receive free popcorn as a thank you and welcome back to our faithful patrons.

• Jan.  21 — The Spectacular Southwest by Richard and Helen Rockrohr, of Maquoketa. Tour some of the less visited National Parks and historic sites of the American Southwest with the Rockrohrs. Included in the program will be the Rio Grande canyons of Big Bend, Scotty’s Castle in Death Valley, the hoodoos of Bryce Canyon, the Navaho’s Canyon de Chelly National Monument, and the ancient ruins of Chaco Culture National Historical Park.

• Feb.  4 — Arctic Expedition by David Iglehart, of Davenport. Dave will present a travelogue covering a unique trip he and his wife, Peg, took recently to the Arctic Circle. Rather than dealing with rations and sled dogs, the Igleharts explored the Norwegian archipelago of Svalbard via Zodiac boats launched from a small ice-resistant ship. Dave’s presentation will feature their photos of Arctic mammals, birds, plants and glaciers, and will conclude with the couple’s perspective on the sustainability of travel to unspoiled parts of the world.

• Feb.  18 — The Mighty Mississippi by Towboat by Dr. Norm Moline, of Rock Island. In 2013, Dr. Moline and his wife were privileged through unusual circumstances to travel on Marquette Transportation Company’s City of Cassville towboat from Rock Island to St. Louis.  Through his description of that trip, he will broaden our understanding of the beauty and challenges of this middle section of the Upper Mississippi and its shorelines and increase our appreciation for the work of towboat crews.

• March 3 — The Wonders of Russia by Joel Hansen, of Charlotte. From the Romanovs to Putin, this travelogue provides some insight regarding the people, politics and places of Russia.  This presentation will share just a snippet of this beautiful and interesting country. Start from the “Venice of the North” (St. Petersburg) and end with the splendor and intrigue of Moscow, including The Red Square and the Kremlin.

• March 17 — Sicily’s Ancient Landscapes and Timeless Traditions by Doug and Mary Melvold, of Maquoketa. Traces of ancient conquerors, including the Greeks, Romans, Arabs, Normans and others are found on this Italian island. Travelogue attendees will see an erupting volcano, visit an ancient Greek temple, a Roman villa and an ancient Norman castle, experience a wild ride through narrow streets in a tiny Fiat, and lots more.

• March 31 — The North Atlantic: Seas, Sagas and Scenes by Martha Bonte, of Cedar Rapids, formerly of Clinton. Sail with the Bontes on a month-long cruise in the North Atlantic Ocean from Boston to Maine, the Canadian Maritime Provinces, Greenland, Iceland, Norway, Holland, Ireland and Northern Ireland. The Inuit, the Celts, the Basques, and the Vikings have been exploring the North Atlantic region for more than 1,000 years. Join Martha and John on a voyage of discovery as they share some of the scenes, re-tell some of the sagas of the Norse, and consider some historic and present-day enigmas from this dynamic region. This date has been designated as PIE Day. A long-time tradition, the DeWitt Noon Lions will treat all attendees to a slice of pie and a hot beverage in appreciation of their continued support for this series.

• April 14 — Italy Road Trip 2019 by Gary Meden, of LeClaire. Join Gary and Cindy Meden as they venture on a two-month road trip to Italy, starting in Sicily and ending in Venice. They will concentrate on some of the places in Italy that are not typically seen on group tours, including the inspiration for the Sistine Chapel, Greek temples, some of the best-preserved Roman mosaics, hill towns and beautiful lake and mountain scenery.

• April 28 — Adventures in Africa by Megan Peavey Skeffington, of Clifton Park, New York. Join this DeWitt native turned veterinarian, and her husband, Wes, for a close-up look at the wild and wonderful as they journey through South Africa and Zimbabwe. Experience the beauty and resilience of post-Apartheid Cape Town, breathtaking Wine Country, shark diving, Victoria Falls, and safaris where the animals roam free and conservation is the way of life.

• May 12 — Planes, Trolleys and Automobiles … Plus Lobster by Duane and Lynda Miller, of Eldridge. Travel with the Millers as they journey 2,993 miles from Iowa through Rhode Island and Massachusetts, visiting Revolutionary War sites, and on to New Hampshire and Maine, Quebec and Ontario, Canada, on the ultimate road trip to the beautiful Northeast.

• May 26 — I Spent a Month in France by Sarah Watson, of Iowa City and DeWitt. Watson’s University of Iowa study abroad experience took her to southwest France, where she lived with a host family while taking a four-week French class. After a whirlwind month immersed in the language, she spent a week in Paris, setting foot in what seemed like every major art museum and discovering “the best ice cream in all of France!”

Open to the Public