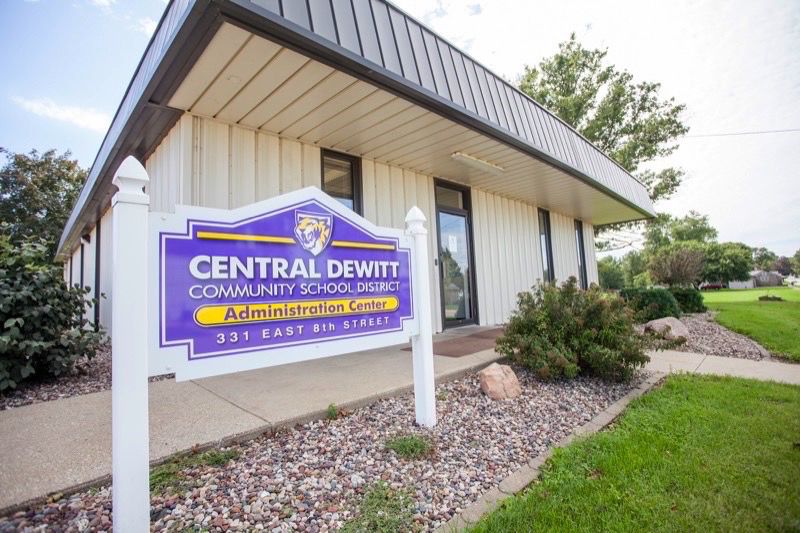 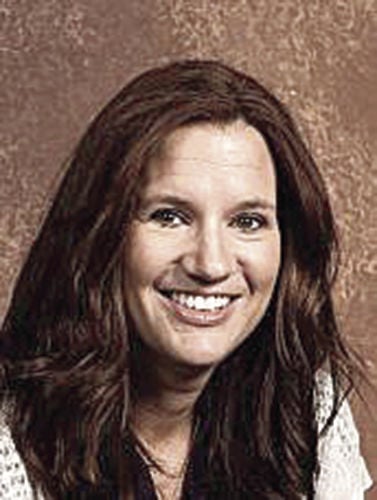 Said the school “messed up” when vetting textbook purchase 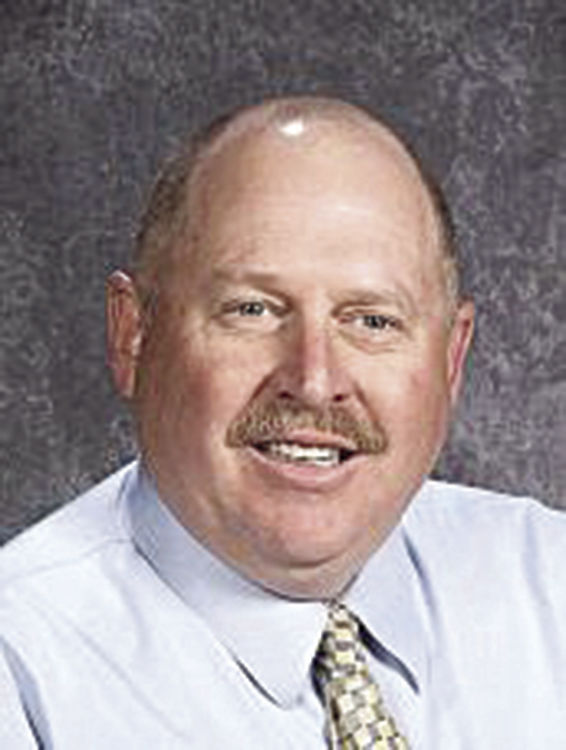 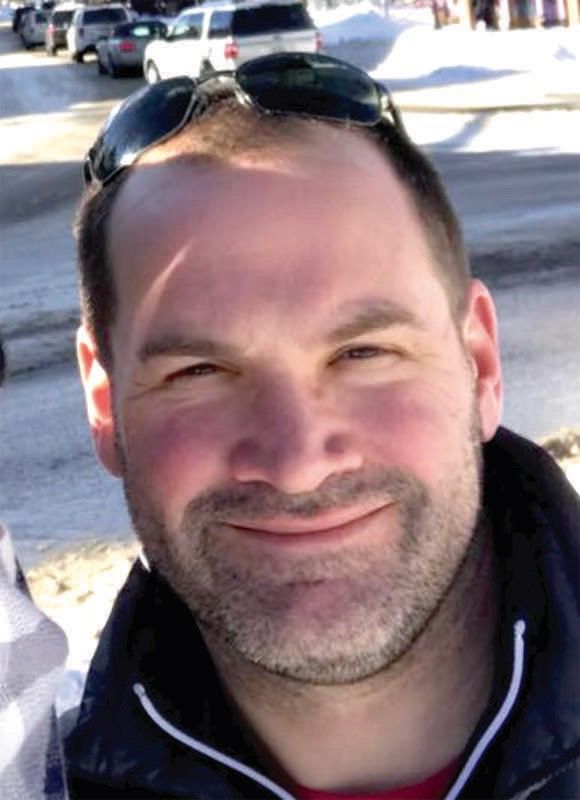 Editor's note: Play the complete audio recording from the June 21, 2021 Central DeWitt School Board meeting by using the audio player to the left.

A sex education textbook intended for college students was inadvertently used for more than a year in an eighth- and ninth-grade sex education and human growth class at Central DeWitt.

The book, which included photographs of human reproductive organs, was inappropriate for that age range, administrators said.

The book was removed from the classroom ahead of the spring 2021 semester, and the fact that it was used at all, administrators say, has caused them to re-examine how textbooks are vetted.

The book discussion has also led to parents raising concerns about the class in general, which is one that teaches students about the human reproductive system, sex, how the human body develops, and sexually-transmitted diseases. Parents have also asked the school system for more transparency about curriculum.

The state of Iowa requires public schools to teach human health classes to students in middle school that, among other things, discuss “substance abuse and nonuse encompassing the effects of alcohol, tobacco, drugs, and poisons on the human body; human sexuality, self-esteem, stress management, and interpersonal relationships; emotional and social health; health resources; and prevention and control of disease and the characteristics of communicable diseases, including sexually-transmitted diseases and acquired immune deficiency syndrome.”

Parents originally raised concerns about the course and textbook to administrators in December, said district assistant superintendent Jen Vance. After that, the book was pulled before the start of the second semester, in January 2021. The book, among other things, used photos of male and female anatomy instead of graphics, a point of concern several parents brought up at the June 21 school board meeting. An estimated 40 people attended the meeting to discuss the merits of the book and class.

“The parents are correct,” Vance said. “We do agree it was inappropriate. It should not have been in that classroom.”

The book, called “Human Sexuality,” was purchased in the summer of 2019 and used in the fall of 2019, spring of 2020, and fall of 2020 before being removed from the classroom, and subsequently, the school. The Observer requested to see the book for verification, but Vance said it was no longer physically in the district.

Vance also said the course’s teacher, AnneMarie Gaffney, had removed multiple pages of the book ahead of teaching with it.

When the school purchases a new book, it first reaches out to a vendor — in this case McGraw Hill Education. In the initial contact, the school includes the course and age range of the students who will be utilizing it, Vance said.

Then, the vendor sends samples for administrators and teachers to peruse to see if it fits the requirements. At that point, the school “messed up in our process,” Vance said.

Typically, administrators and teachers examine the book to verify its relevance to the subject matter and students’ age range. That was done, but in this case, not well, Vance said.

Vance said she couldn’t confirm how much of the book was examined before it was purchased, but “the focus” of the vetting was on the chapters that were to be used in the classroom. She said the class only used portions of the book to satisfy the state’s required curriculum.

“We should have vetted it,” said Central DeWitt Middle and High School Principal George Pickup.  “When parents brought it to us there was lots of concerning stuff. Those concerning things were not instructed (as a part of the class).”

“It’s been an eye-opening process,” said school superintendent Dan Peterson, adding the vendor did not tell Central DeWitt the book was intended for college-age individuals.

“We should have had eyes on this as it went through. But … when we are picking a math book, for example, I’m not questioning the math teachers. When they go through a curriculum process there is some trust involved there. They are the content experts. In this situation, since it is such a sensitive topic and polarizing topic, we should have been more thorough in looking it over to make sure it represented our ideals.”

The school sent an email to parents whose students were in the class to explain the situation and that the book had been removed and curriculum would be reviewed.

School board member Angela Rheingans said the situation will be used as a learning experience.

“We learn our biggest lessons when mistakes are made, and this is a massive lesson from my perspective,” she said. “But I do feel we responded quickly and there has been a ton of conversation about this and we do not take it lightly at all.”

A new textbook was passed around at the meeting and received verbal approval from the board — it is not typical for the school board to approve or deny textbook purchases.

Vance said that in the future the district would “absolutely” augment its process of vetting textbooks before purchasing.

In addition to the book, some parents questioned the lessons and discussion topics they said their children had told them were taught in the classroom.

“It was the B word, the C word, the F word,” said parent Julie Burken at the June 21 school board meeting. “(Gaffney) and the kids discussed the words at length … In a classroom, they should stick to scientific words.”

Pickup said the words are introduced as part of a broader discussion in which students are told which phrases are appropriate to use when describing body parts.

Parent Amanda Greubel, whose son took the class recently, spoke in support of the curriculum and said difficult discussions can be beneficial to a child’s development.

“I encourage us to be careful how much we want to censor what is happening in our classrooms with our teachers and make sure we are not acting out of our own discomfort but acting in a way that provides our kids with what they need,” Greubel said. “I know we don’t like to think about 13-or-14-year-olds having sex, but some of them are and they need to be able to make the right decisions.”

Parent Brandon Pangman, who is the lead pastor at Emmaus Road Church, said at the school board meeting that his child was asked to look up photos of sexually transmitted diseases and report on them, a prospect that bothered him.

“They were researching what the symptoms (of the diseases) are,” Vance said. “What the form of the assignment takes is up to the teacher, but that is a topic required by the state.”

“You’re going to find that it’s probably not pretty pictures,” Pickup said. “Probably the issue there is (kids) going to the internet and doing that on their own might not be the best.”

Burken also said at the meeting that Gaffney instructed students to “not tell anyone what they had talked about” and to not tell their parents – a statement Pickup said he did not believe was accurate.

“We are not flies on the wall, but I have been in that class and when I walked in, I never heard (that),” Pickup said. “We’ve talked to a lot of kids and they did not have any knowledge of that as well. We don’t ignore those things, because if those are true, we have a problem.”

“They are sensitive topics, and there will be some discussion in the class that you don’t want taken out of class and kids being made fun of or bullied because of what is discussed,” Peterson said. “I think it was more, ‘let’s be careful about this content.’”

Pickup said administrators pulled students, at random, and asked them to provide details about the class, including what topics were discussed.

“We knew we had a mess on our hands and we needed a clear picture of what that mess looked like,” Peterson said.

School Board President Cory Huff passionately defended Gaffney’s teaching — as well as the course content — at the meeting. He said the topics discussed in the class helped his kids more easily talk about the content.

“It’s very convenient to come in here and throw allegations around,” Huff said. “Quite frankly, kids are having sex these days, and kids are doing things we don’t want to think about. Let’s not put our heads in the sand and be all defiant about how our kids aren’t doing this and are perfect angels. Let’s be realistic. We have a teacher who is getting those kids out of their shells and getting them comfortable to talk about it. If they don’t feel comfortable coming home and talking about it, then there needs to be some different conversation about it at home. Maybe we need to look at ourselves in the mirror and not just our kids and not just our teachers. I will stick up for this class — not the book, I understand the book. But I will stick up for this class and teacher 100%.”

Gaffney was not at the meeting and did not respond to an email from The Observer seeking comment.

Mostly sunny. A stray shower or thunderstorm is possible. High 88F. Winds WSW at 10 to 15 mph.

A few clouds. A stray shower or thunderstorm is possible. Low near 70F. Winds SW at 5 to 10 mph.