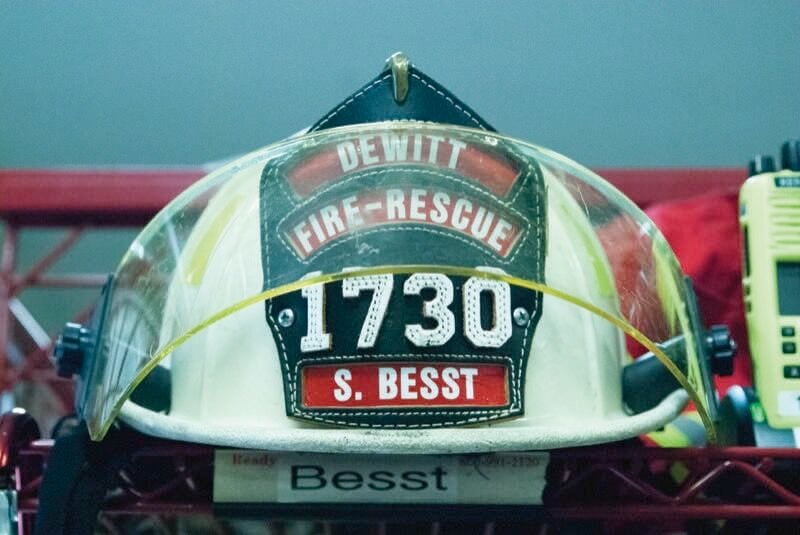 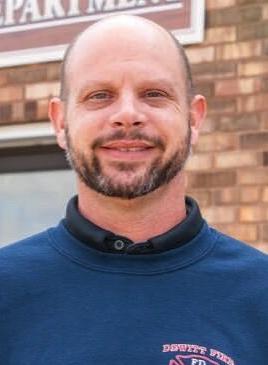 Scott Besst said there is one question volunteer firefighters almost always get asked.

After all, some may think there are plenty of reasons not to do it.

Between the training requirements and department meetings, it’s a tremendous time commitment. On top of that, a fire call could come in the middle of the night, the wee hours of the morning, or right in the middle of family celebrations.

Not to mention, the volunteers sometimes walk into burning buildings.

But Besst, who became chief of the DeWitt Volunteer Fire Department July 1, has an answer to that question. It’s a simple, but sincere, response: “It’s nice to be able to help people,” he replied.

The 48-year-old Central DeWitt graduate who works as the service manager at Thiel Motor Sales of DeWitt, had been considering joining the department for some time before he took the leap in May of 2007.

Besst has served under three chiefs — John Burken, who has retired from the department, and Bob Sandry and John Davisson, who still volunteer.

Besst believes having three chiefs, each with his own approach to the position, has given him a unique perspective.

“John (Burken) was old school,” Besst said with a smile. “Bob was into exploring newer techniques, newer equipment. John (Davison) is just a great guy, great firefighter and can run a scene. I take bits and pieces of what they did and utilize them the best way I can.”

Besst’s own personal goals for the department under his leadership include making sure it gets the equipment it needs and keeping volunteers working as a team.

He was chief for barely a month when calls flooded into the department during the derecho the decimated DeWitt and surrounding communities Aug. 11.

Besst said the average number of calls the department gets in a year is 120. This fiscal year, which started July 1, they’ve received 67 calls.

“We had 18 calls the day of and the day following the storm,” he related. “So, we’re way ahead of where we usually are. The guys did so well (in response to the derecho). I was very proud of them; very proud of the effort they put in on every call. A lot of them had no idea what damage awaited them at their own homes. But they didn’t even think about it when they were helping other people.”

The department always is looking for new volunteers, and Besst encourages those who have an interest to help.

The time commitment is considerable; each volunteer needs 24 hours of training each year, which breaks down to two hours a month, in addition to attending monthly meetings.

But there is a great deal of satisfaction Besst says, not only in helping community members, but also in finding a second family.

“I’d always heard talk of ‘the brotherhood’ among firefighters,” Besst shared. “It’s absolutely true. Everyone is there for everyone, all the time. I’ve met so many friends from other departments, too.

“I’m thankful to my wife, Amy, and daughter, Ellie, who have allowed me to miss birthdays, Christmases and leaving the dinner table at a moment’s notice. I couldn’t do it without their support.”

A mix of clouds and sun in the morning followed by cloudy skies during the afternoon. High 24F. Winds SE at 10 to 15 mph.