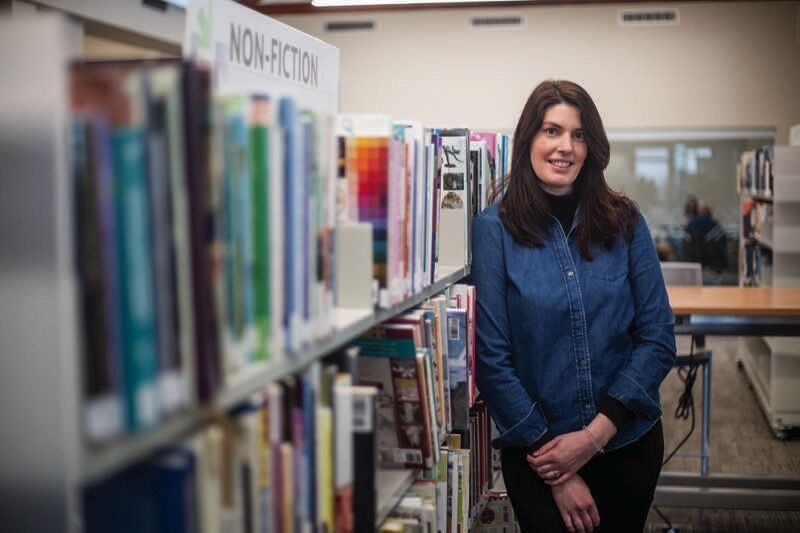 Jillian Aschliman stands inside the new DeWitt Community Library after its expansion and renovation project. The library’s director oversaw the facility’s $5.7 project during her five-year tenure. 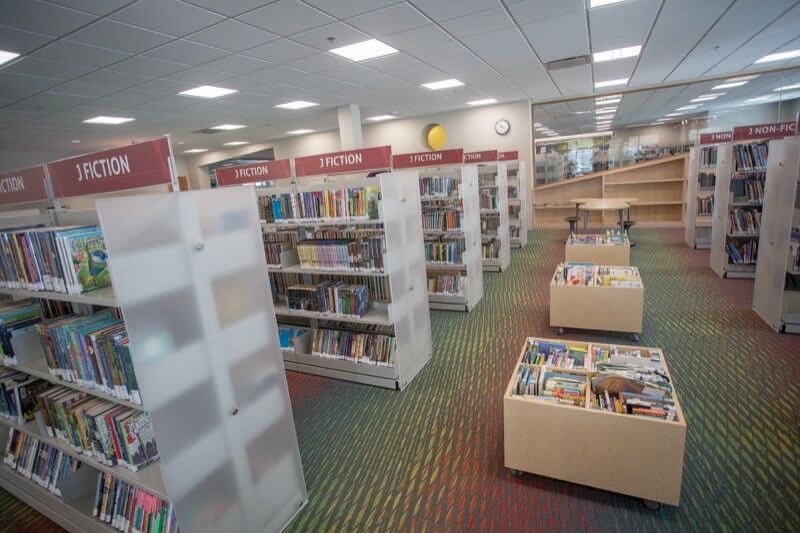 Jillian Aschliman stands inside the new DeWitt Community Library after its expansion and renovation project. The library’s director oversaw the facility’s $5.7 project during her five-year tenure.

When Jillian Aschliman saw an announcement in 2016 that DeWitt was looking for a new library director, she jumped at the chance to apply.

Besides being “blown away” by the community’s amenities, she was excited at the prospect of being able to play an integral role in the library’s planned expansion.

She got the job and hit the ground running.

Under her leadership, the library crossed the finish line earlier this year with the completion of a $5.7 million project that included constructing of a new building, renovating the existing structure and melding the two together into a state-of-the-art, technologically advanced facility nearly triple the size of the old library.

Just over four years since Aschliman took the helm – after the retirement of long-time director Jane Kedley – and a few months after settling into the completed library, she is headed toward a new challenge. Aschliman will be leaving the DeWitt Community Library March 12 to become the library director in Bettendorf, a job that begins on March 29.

“I’m excited for the opportunity, but it’s also bittersweet,” she said, noting that she will miss her “excellent” staff and others in the community, not to mention the new building.  “It’s been a blast to work here. The staff, the board, the city and the patrons made it fun.”

Her role in Bettendorf will be administrative and similar to what she does in DeWitt, but she’ll be overseeing a much larger staff and won’t necessarily be working at the front desk, as patrons expect to see her now on some days. While DeWitt has a staff of seven part-time people, the Bettendorf library has triple the number of employees.

DeWitt city officials and library board members, who officially accepted her resignation at a special meeting last week, recognize the Bettendorf job is a great opportunity for Aschliman, and they wish her well. They agree they can’t overstate how important she was to the new building.

“Our library is much better because of you,” said board member Tammy McClimon at the meeting.

The volume of detail Aschliman oversaw for the new library – from technology vendors to carpet, tile and fabric selections to design – was sizeable, said DeWitt City Administrator Steve Lindner.

“Her impact has been tremendous. She really led the way through the library project. There’s hundreds and hundreds of decisions that have to be made for this kind of thing. You work with your board and you work with your city administrator, but, in the end, it comes down to the library director to make many decisions.”

“Her knowledge on the workings of modern day libraries has pushed the DeWitt Community Library into the future with all the updated technologies we now have in our new library facility,” Bossom said.

“She was an integral part of the new facilities being built, with each section of the library having been carefully thought out on how it will be used  now and in the future,” she said. “She has just been amazing.”

And doing it all through the pandemic added to the challenge, Lindner said, as construction was hampered by sick or quarantining work crews, delays in receiving materials and furniture, difficulty in having in-person meetings and other obstacles.

“It’s about keeping your eye on the prize,” he said. “Jillian was calm and kept walking forward. She managed it really well.”

For her part, Aschliman values what she learned from the experience.

“I think certainly being able to oversee such a large project while managing the day-to-day things you would normally do at a library really helped me learn to balance time and manage large and small scale tasks,” she said.

She will miss working with staff (past and present), getting to know patrons, participating in the book club, working with Friends of Frances, taking part in local events and more. To her, a library is more than its contents, it’s a place that builds community.

Growing up in St. Charles, Illinois, going to the library was a big treat for Aschliman and her siblings, she said.

She recalled the children’s section there was circus-themed and included a large train car with a huge stuffed lion. She would grab a book as quickly as she could, dive into that train and cuddle up next to the lion to read. She also recalls looking for picture books to share with her younger brother and the thrill of seeing her name on the wall for reaching different levels in the summer reading program.

“Libraries are special places,” she said.

She came to DeWitt after working as the children’s librarian and then the library director in LeClaire, after earning a master’s degree in library science from the University of Wisconsin.

Among the things she’s most proud of is the staff for continuing to increase services and programs, which bring people through the doors. The new building also tops the list.

“I can’t thank the public enough for its support and feedback,” she said, recalling the August 2018 night the referendum to move the project forward passed by 82%.

She is also happy the library became fine-free during her tenure.

For her remaining weeks, she will relish every moment in the new building with staff and patrons.

“I still walk around and marvel at it,” she said. “I still can’t believe it’s done.”