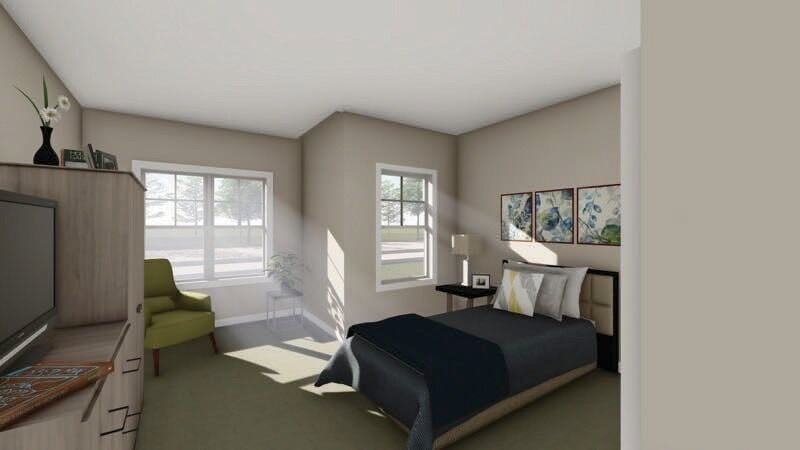 This rendering shows the inside of a long-term care room at future Fieldstone of DeWitt. This style of room will serve those seeking either short-term rehabilitation or long-term nursing care. 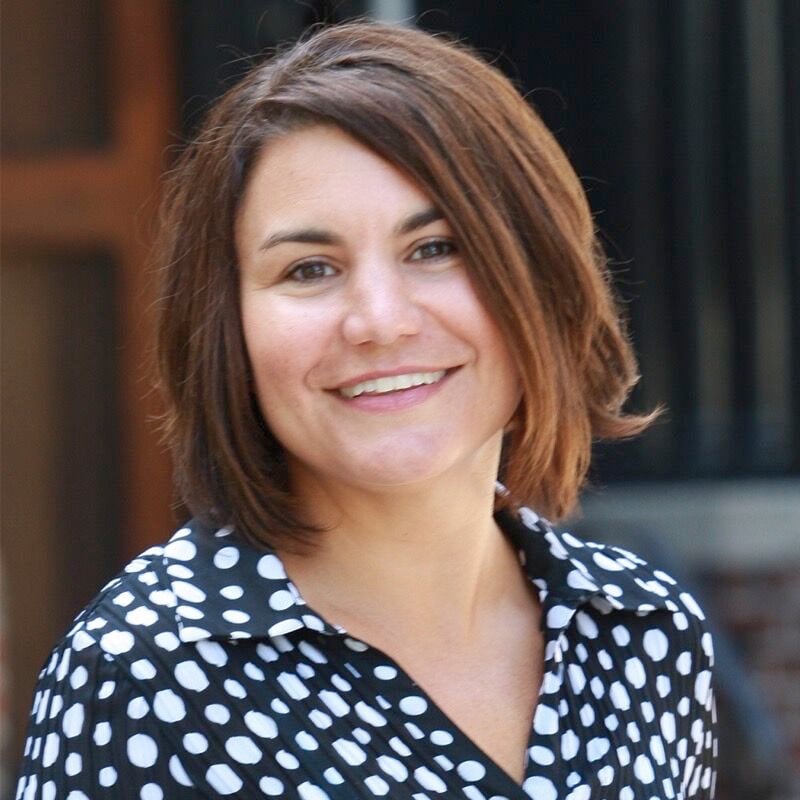 When Janet Simpson talks about the future Fieldstone of DeWitt senior living complex, there’s one word that keeps coming up: community.

“DeWitt has a nice community atmosphere, and that’s one of the biggest things that interested us,” said the vice president of network operations at Wesley Life, the organization partnering with Genesis Health Systems to develop the project. “The community support (for the project) is outstanding.”

Genesis Health Systems and Wesley Life came together to form WellSpire, which will manage the Fieldstone campus.

The facility is slated to open in 2022 along Maynard Way between Kamper Korner and Kids’ Business in DeWitt. The estimated 95,000-square-foot facility will replace WellSpire Westwing Place, a facility built onto DeWitt’s hospital that officials say is too small to provide for today’s needs.

Over time, administrators of senior living facilities have learned what works and what doesn’t, Simpson said.

Killean said there is a big need for desirable senior housing throughout eastern Iowa.

“There is demand to transform how we are caring for the aging population,” she said. “As generations change there is a need for privacy more than ever before. The care is already there, but it’s just our building is limiting our ability.”

Part of the neighborhood

The new facility is being designed not just to meet health care needs, but to look and feel like a home.

Simpson described the future single-story building’s façade as eclectic, modern and rural, and pointed out that it “will not stand out like a seven-story building.”

The structure will have multiple wings, or “households,” each of which will house about 18 people. The households will provide varied levels of care.

Memory support, for example, will have its own household, but will still have access to the rest of the building.

The structure will also feature community spaces where residents and visitors can mingle, and meeting rooms where outside organizations, such a service groups, can meet.

The new, bigger facility will provide all the same services that are available at Westwing, plus new ones, and allow for a wider variety of care and expand capacity well beyond the current 59 residents.

Fieldstone’s health center – which will encompass long-term care, short-term rehabilitation and memory support – will be licensed for 70 residents. The facility will also have 21 assisted living households in which either a single person or a couple can reside.

One of the primary additions to WellSpire’s offerings is the memory support unit. The need for it is vital, Killean said.

For long-term care patients, the new facility will feature natural light and private showers, which are not readily available at the current facility.

Short-term care services will assist those who are working toward returning home by helping them regain strength and independence.

The fourth primary level of care offered at Fieldstone will be assisted living, which comes with a hands-off approach to nursing. It’s aimed at seniors who need more assistance than what they can receive at home, but don’t need 24-hour attention, Killean said.

“We provide help with medications, or dressing, or time management,” Killean said.

Assisted living suites — all of which are private — will include a kitchenette, bedroom, and bathroom, an amenity not found at Westwing.

“The design we have promotes more privacy and dignity,” Simpson said.

Fieldstone will have no shared rooms, which differs from Westwing. Medications will be kept in each person’s suite rather than being delivered on a cart.

One of the primary downfalls of WellSpire Westwing Place, Killean said, is that it looks and feels like a hospital.

“When your relative moves into a house, it’s not like an institution.” she said.

Each household at the new facility will have a separate entrance, a feature designers say will make it easier for families to visit loved ones. The interior design will encourage a homey feel.

“Interiors will be relatable to eastern Iowa landscape and they will recognize the culture of the community,” Simpson said. Inside will be a salon and spa, workout room and fitness studio usable by residents, their visitors, and even Fieldstone employees. The facility will also have a bistro where residents and visitors can grab a hot meal.

“It will be like visiting your grandparents’ home,” Simpson said.

Sunshine along with some cloudy intervals. High 44F. Winds ENE at 10 to 15 mph.