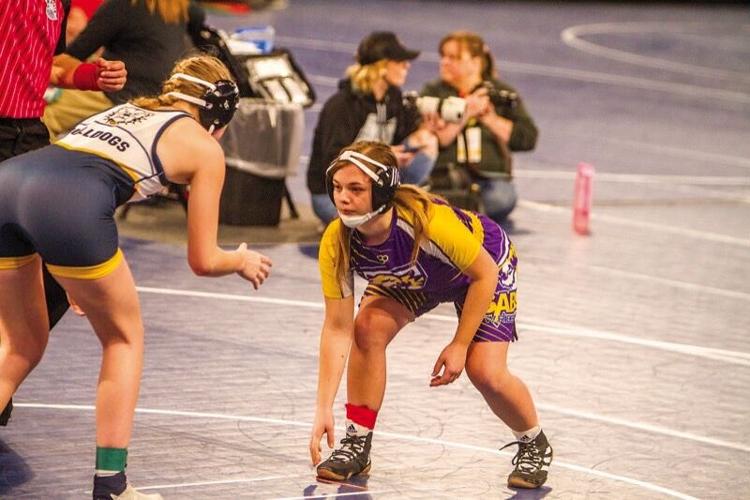 Central DeWitt freshman Courtney Kramer faces off with an opponent at the 4th annual girls state wrestling tournament in Coralville last month. Just before the conclusion of the tournament, the Iowa Girls High School Athletic Union announced it will offer girls wrestling as a sanctioned sport during the 2022-23 school year. 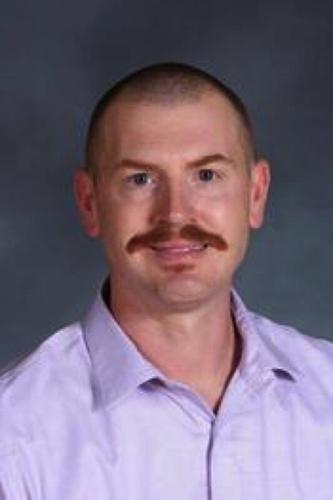 Throughout Iowa, there has been a rise in popularity of girls participating in the sport of wrestling.

The empowerment of females has not only impacted Iowa but also Central DeWitt High School. Several female athletes have joined the wrestling team this school year, making them the first girls on the team in the school’s history.

The new addition to the wrestling team has created a positive impact on Saber athletics and has spread optimism throughout the school.

“This sport has opened up our school to a lot of new things and gives girls the opportunity to try something that most of us have never had the option to do before. It has given us the chance to show off our skills and strength on and off the mat,” said freshman wrestler Courtney Kramer.

The toughness and bravery of female athletes have not gone unnoticed.

Junior Claire Peterson, a manager of the team, said, “I am really glad that they are getting the opportunity to wrestle now. I think it shows a lot about their character.”

These female athletes have created a broader picture than just wrestling and what takes place on the mat.

“I think having girls in a predominantly male sport is amazing. Showing that girls can do it too is a great way to show equality,” said senior wrestler Hailey Tooley.

The most important takeaway from the new addition to the team is what happens once the girls leave the wrestling room for the day and continue their everyday lives, said Matt Ohnemus, head coach of the high school wrestling team.

The sport builds great character, no matter the gender.

“Wrestling teaches such incredible attributes like confidence, resilience, toughness, independence, and leadership – among many more. For all of the time, we have prided ourselves on teaching such important character traits to the boys, but now we can have a chance for the girls to get an opportunity to grow in the same way. They will be better citizens because of the things that wrestling is building in them,” he said.

Females joining a once male-dominated team that has now opened its arms to anyone is something Ohnemus and other wrestling coaches take pride in.

“I am beyond proud of these girls. As a dad of two daughters, seeing these girls empowering themselves on the mat and ushering in a whole new way for girls to participate in sports is special. They work so hard and are some of the most coachable athletes I have had,” Ohnemus said.

Although the girls’ wrestling season has come to an end, their impact on the program will last a lifetime.

Kennady Donovan is currently a junior and a publications editor at Central DeWitt.

Some clouds this evening will give way to mainly clear skies overnight. Low 53F. Winds WNW at 10 to 20 mph.