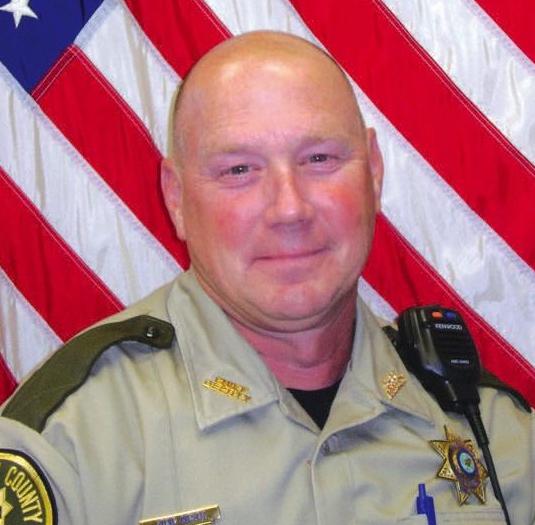 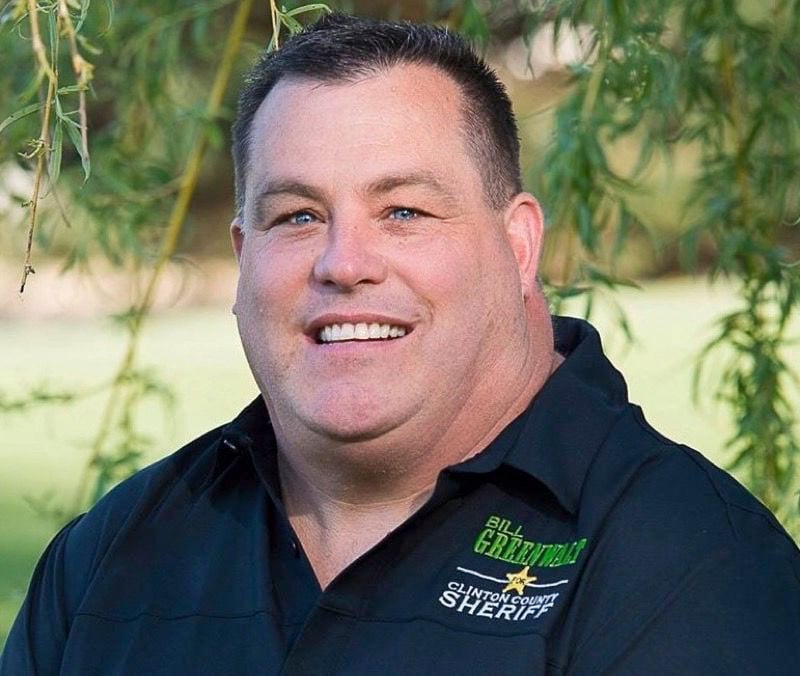 The two candidates fielded questions at a recent forum in DeWitt regarding the county’s new law center, gun ownership, and national discussion points that call for the restructuring law enforcement tactics.

Diesch began his career with the Clinton County Sheriff’s Office in 1992 as a reserve officer following 13 years working at McEleney Motors in Clinton (now Billion Auto). He then developed an interest in law enforcement and joined the sheriff’s reserves.

After serving five years as a reserve officer, Diesch joined the sheriff’s department and worked in the jail for about seven years. Since then he’s held positions in patrol, training, and jail administration in addition to his current job, which includes overseeing the implementation of the new Clinton County Law Center’s policies and procedures.

Greenwalt comes from a family of law enforcement officers. His dad, Larry, worked for the sheriff’s office for approximately 25 years, he said. Greenwalt’s wife, Kelly, is a probation officer with the Seventh Judicial District, and one of his daughters, McKenna, is seeking a law enforcement degree as well.

Greenwalt began his career at the age of 16 as a part-time dog catcher in Clinton. He was hired on as an officer at 19 years of age.

Greenwalt said he is concerned about the perception of law enforcement amid national demands to restructure police department funding.

“I know of no law enforcement officer who wakes up in the morning and thinks ‘I hope I can go out and make an arrest,’” he said. “Officers come to work with the best of intentions. But the job, and human nature, is unknown. We never know what is going to happen.”

He said he’s concerned with a void of new-officer applicants.

“When I tested to become a police officer 30 years ago I took the test with approximately 200 people,” he said. “Now we’re seeing 20-25 applicants. That’s very concerning.”

“Society is going to expect more out of law enforcement, which means we are going to have to provide more training.”

If elected, Greenwalt wants to implement a program called “Coffee with a Cop” that encourages deputies to interact with citizens throughout the county.

“If we don’t take the time to meet with (residents) to hear their needs, we will fail society as law enforcement,” he said.

Diesch, like Greenwalt, said he believes adjusting the perception of law enforcement can be beneficial

“Maybe (we need to) tone down our uniform a bit so we don’t look to militaristic,” Diesch said. “And just be social with the folks, and I believe we can overcome this stuff.”

Diesch said since the county is so large — and backup for an officer is sometimes more than a half hour away — that de-escalation tactics have become necessary.

However, cutting funding for the sheriff’s department, he says, will lead to more civil unrest.

“We defunded the mental health system and look at the issues we are having with that,” he said.

If elected, Diesch said he would look to reactivate the county sheriff office’s bike patrols and find more responsibilities for reserve deputies, including community outreach.

Body cameras, which were purchased and implemented this year, can help build public trust, Diesch said.

“I think that helps with the transparency that we want to provide everyone to make sure we are doing our job the best we can, and the citizens are getting fair treatment that they think they deserve,” he said. “And, (that) we have accountability in what we are doing.”

Greenwalt said the two main issues facing Clinton County law enforcement is a drug epidemic and mental health. Drugs, he says, contribute to the vast majority of crimes in the area.

“Almost all crimes are directly related,” he said. “Theft, burglary, assaults, motor vehicle thefts, fraud, most have a link to the illegal sale and use of drugs.

“There has to be a deterrent,” he continued. “We need to look at sentencing. People talk about second chances, I’m a firm believer in second chances. But I also know after spending days in the streets I see people arrested time and time again and there is absolutely not a deterrent by letting these people out of jail.”

Diesch said the COVID-19 pandemic has forced officials — from deputies to the court system — to reconsider jail time for simple misdemeanors.

“(The Sheriff) does not decide who gets out of jail. That comes from the probation office or the court systems,” he said. “I know there has been some talk that the jail isn’t taking people; that’s not true. We are taking felons and violent people … The people we are trying to keep out of the jail, because of the pandemic, are simple misdemeanor. If we get COVID in the jail we’ll need to shut down, and that’s shutting down a minimum of 14 days. It’s a huge burden if we have to take someone to the hospital.”

Diesch said arrests by the city of Clinton account for 85% of all inmates at the jail. However, once an inmate is incarcerated, they become the county’s responsibility to feed, house, and care for.

“(It) becomes the county taxpayer’s responsibility to cover the doctor bills and the ambulance ride,” Diesch said. “I want people to come to jail and want to keep them there, but we have to be concerned about the budget.”

The new Clinton County Law Center has been open since June 2019 after years of planning and public lobbying that resulted in the passage of a $22 million bond referendum to fund its construction.

Diesch has been at the forefront of its development and construction.

“We have made a lot of changes with the new facility,” he said. “I’d love to open the doors and bring everyone in we possibly can and have programs started up. I’d like to do a bunch of stuff, but right now the way things are … we are just trying to be safe and effective for everyone who works there.”

“The new jail was needed,” Greenwalt said. “I think we need to minimize any expenses on that jail and use it to its fullest potential,” he said.

Both candidates expressed undying support for the Second Amendment, but agreed gun-ownership accountability must improve.

“We gotta hold those who are using firearms to commit violent offenses accountable,” Greenwalt said. “The news comes on and the first things you see are shootings.”

Diesch said removing local control on gun permit issuances could have added to the issue. He said the permits were considered on a case-by-case basis.

Now, he says, the process is less interpersonal and primarily includes an online background check.

“I think there are some things we need to change to control that aspect of it.”