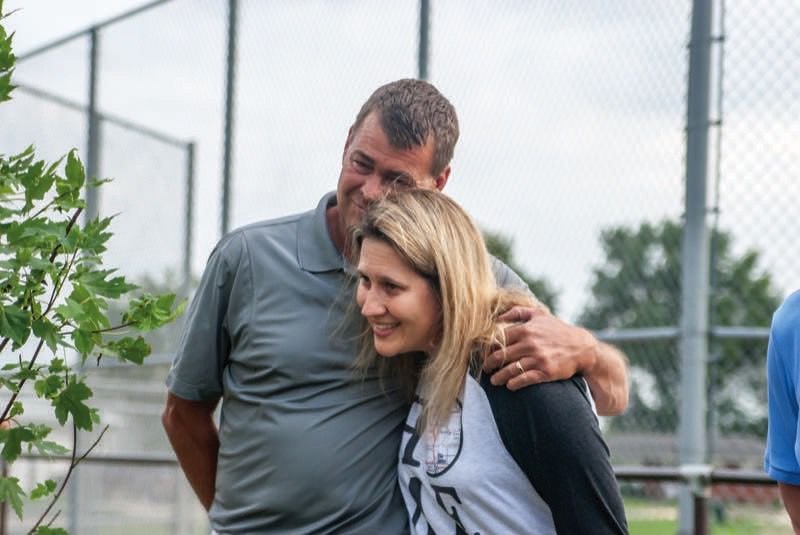 Forever thankful: DeWitt volunteer firefighter Kevin Jansen and Jessica Sunday hug during a ceremony in which Sunday’s family planted a tree to honor local first-responders. Jansen was one of the first people on the scene of a car accident 20 years ago involving Sunday and her two sisters. 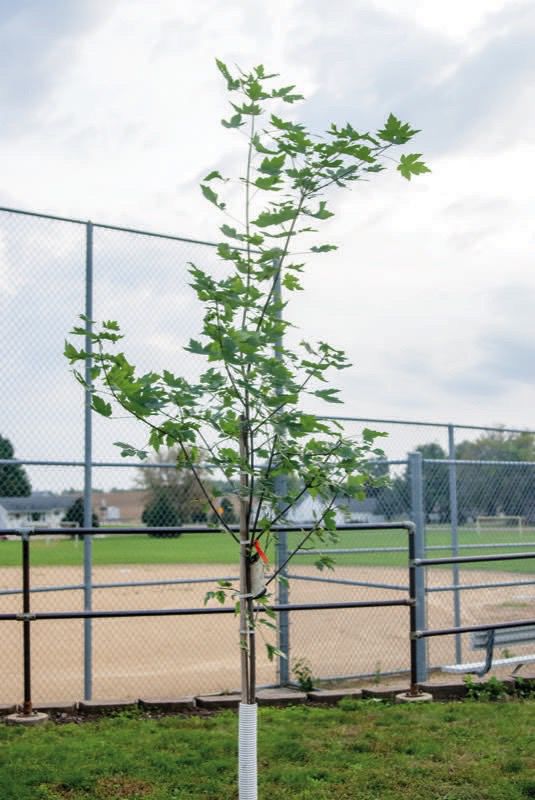 An “Autumn Blaze” was planted by Jessica Sunday, of DeWitt, and her family, to pay homage to those who volunteer their time and risk their lives to help others. 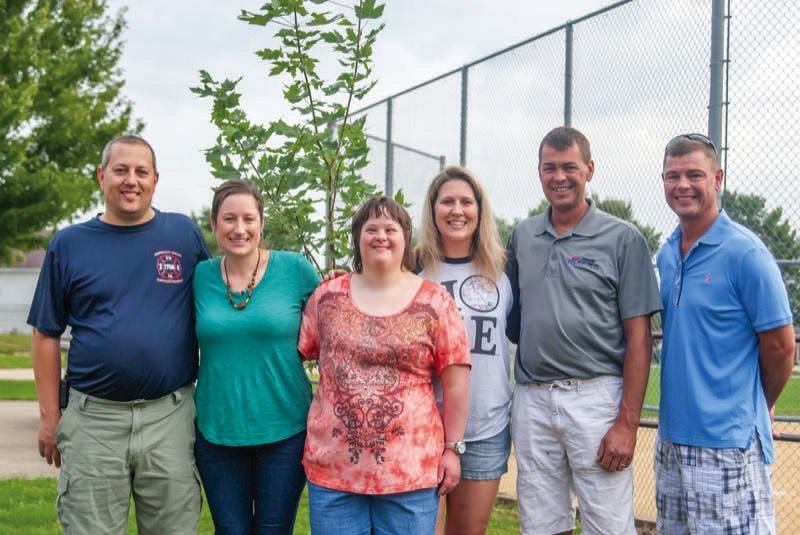 Forever thankful: DeWitt volunteer firefighter Kevin Jansen and Jessica Sunday hug during a ceremony in which Sunday’s family planted a tree to honor local first-responders. Jansen was one of the first people on the scene of a car accident 20 years ago involving Sunday and her two sisters.

An “Autumn Blaze” was planted by Jessica Sunday, of DeWitt, and her family, to pay homage to those who volunteer their time and risk their lives to help others.

It was 20 years ago last spring when Jessica Anderson Sunday and her two sisters were involved in what could have been a serious — possibly fatal — car accident on Humeston Road, just north of DeWitt.

Sunday’s mom, Patty Anderson, of DeWitt, said the accident was a “parent’s worst nightmare,” but it also led to a “Christian’s best day, as it was a true miracle” the girls survived.

Anderson and her daughters all credit the first responders who quickly arrived at the scene, and whose competence and compassion saved their lives.

Tuesday night, at Little Trees Park in DeWitt, Sunday, together with her mother and sisters, Melissa Nolin and Mandy Anderson, also of DeWitt, gathered to pay homage to the rescuers who were there that fateful day and others like them — men and women they consider to be true heroes.

Sunday and her family planted a tree in their honor — an “Autumn Blaze” — a choice they felt was appropriate, given that it was firefighters who saved Sunday and her sisters 20 years ago.

Each of the firefighters recalled arriving on the scene all those years ago.

“I don’t remember a whole lot,” Sunday related. “I do, however, remember (long-time volunteer firefighter) Kevin Jansen. Helped to get me out of the car, and was by my side holding my hand while I was being transported to a medical helicopter. I remember him telling me I was going to be OK; everything would be OK and that my sisters were being treated and going to be all right.”

It was Sunday’s senior year at Central DeWitt High School. Now a wife and mother, she remembers taking her life in a small town for granted.

But having survived such an ordeal caused her to gain a new appreciation for the people who perform such valuable services — life-saving services — simply because they want to help.

“I feel we sometimes forget what it takes to volunteer,” Sunday noted. “Life seems to continue to become busier, and that leaves little time for volunteering. These accidents do not just affect the victims, but also those who rescued, treated and saved.”

The Jansen brothers and Summers were humbled by the family’s gesture, insistent it wasn’t necessary.

But Kevin and Scott had gotten to know the family before the accident, and remembered the sinking feeling they got when they realized the victims in that particular accident were family friends.

“The worst calls are always the ones you know,” Kevin shared.

While Sunday said she doesn’t like to reflect on the events of that day, she can’t help but think of all the first responders who were there, just because they wanted to be.

“They were there because they cared about the people in our community,” she related. “This tree is just a small token of our appreciation from our family. To let these brave volunteers know that they are thought of and appreciated. I could never do what they do, but our community needs them. They are a large part of what makes DeWitt a great community.

“To risk your own life to help others and give up your time to be there during some of the worst hours in a person’s life, that to me is amazing. I hope when people pass by the tree, or sit under its shade, they are reminded about the goodness that can be found in humanity and the bravery of those who continue to volunteer.”

Cloudy with some light freezing rain after midnight. Low 28F. Winds ESE at 10 to 15 mph. Chance of precip 60%.