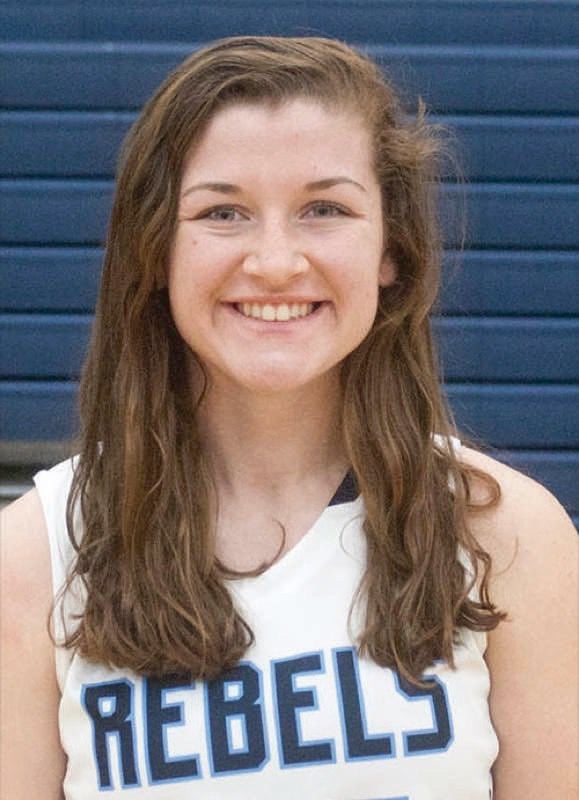 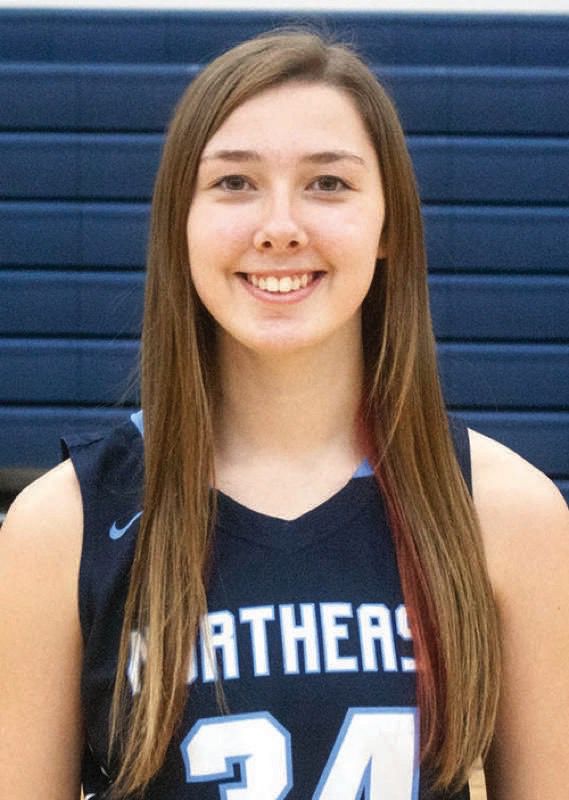 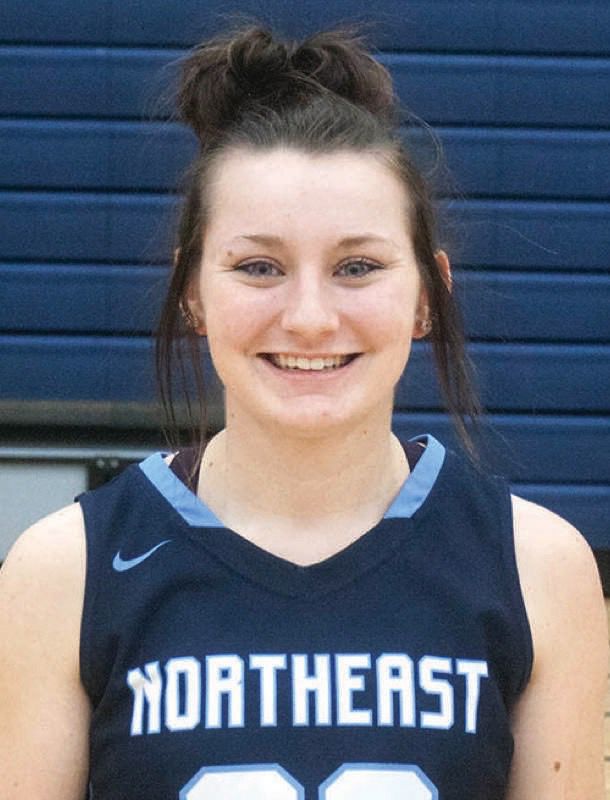 The progress was evident this winter for the Northeast girls basketball team.

The Rebels averaged more points per game than the year before, surrendered fewer points on the defensive end and hit more than 100 additional shots from the floor and the free throw line.

The most welcome improvement came in the standings. Northeast more than doubled its overall victories from five to 11 and did the same in the River Valley North division going from two wins to five.

The biggest jump came in the conference overall as the Rebels found much greater success against the South division, going 5-2 this season after finishing 1-6 the year before.

A trio of Northeast players were honored for their respective roles in the Rebels’ turnaround.

This was the second straight all-conference honor for Abbott.

The senior doubled her scoring going from 127 points to a team-high 289 points — an average of 13.1 points per game.

Abbott made 91 shots from the field — 90 of them two-point attempts — and was especially adept at getting to the free throw line.

In fact, Abbott led all players in the North division with 141 free throw attempts. She made 106 of them. To put that in perspective, only two other players in the division even attempted at least 100 free throws.

Abbott improved her defensive numbers as well. She grabbed a team-high 172 rebounds, up from 120 a season ago, and also led the Rebels in both steals (53) and blocked shots (25).

To cap it off, the senior also paced her squad with 32 assists.

Fowler made her own strides as a junior.

The versatile forward dropped in 235 points — 70 more than her sophomore campaign — and tied Abbott with 91 field goals.

Nearly a quarter of those made shots came from behind the three-point line as Fowler led the Rebels with 22 three-pointers (the junior added 31 free throws for good measure).

Fowler grabbed 159 rebounds — an average of more than seven per game — and was one of six Rebels to come up with at least 30 steals, finishing with 32.

The forward blocked three shots and handed out 19 assists.

Only an injury in late January could slow Ehlers, who was honored for a second straight season.

Despite missing three games, Ehlers finished third for the Rebels with 175 points — an average of 9.2 per night.

The Rebel picked up her points in a variety of ways, knocking down 46 two-pointers, 16 three-pointers and 35 free throws — Ehlers ranked second on the team in the two latter categories.

The junior also set up her teammates well, finishing with 31 assists.

On defense, Ehlers wreaked havoc with 48 steals — a team-best 2.5 per game — while also grabbing 41 rebounds and blocking five shots.

Moos blends optimism with patience, caution for return of sports