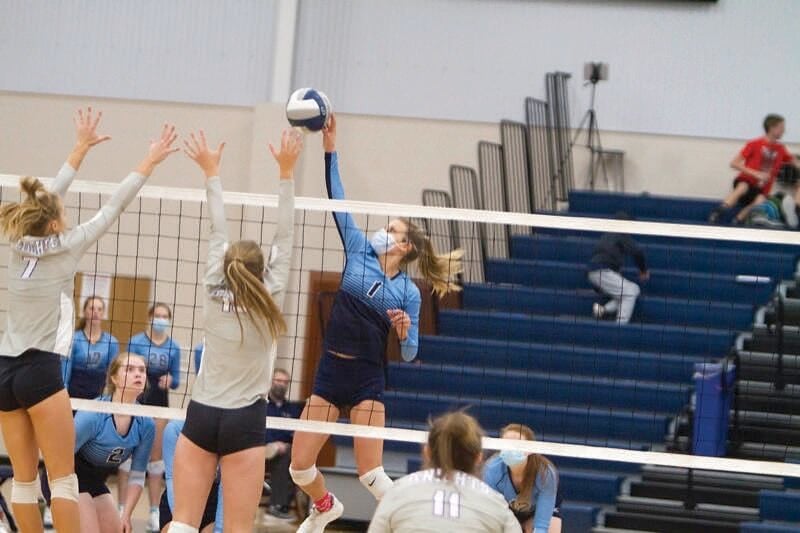 Northeast junior Ellie Rickertsen skies for an attack attempt during the Rebels’ match with North Cedar. Rickertsen was an All-River Valley North division selection after leading her squad with 83 kills, while also assisting on 148 more kills. 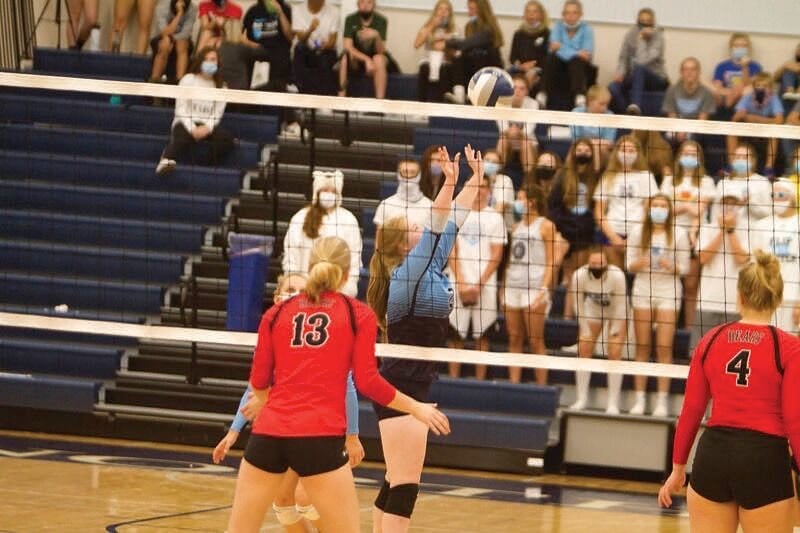 Northeast junior Ellie Rickertsen skies for an attack attempt during the Rebels’ match with North Cedar. Rickertsen was an All-River Valley North division selection after leading her squad with 83 kills, while also assisting on 148 more kills.

No matter whether it was on offense, defense, serving or the win column, the Northeast volleyball team saw its numbers go up this fall.

Despite playing in 11 fewer matches, the Rebels piled up nearly 50 more blocks than the year before, while also improving their per-set numbers in kills, aces and digs.

It meant more success for Northeast, too, as the Rebels doubled the amount of sets they won a year earlier and brought home three victories, snapping a lengthy skid in the process.

Two Rebels who played a key role in the team’s improvement were recently honored on the All-River Valley Conference team.

Junior Ellie Rickertsen was one of a dozen players to be selected as an All-River Valley North division honoree, while her senior teammate, Coby Johnson, garnered honorable mention accolades.

Whether it was setting up her teammates or finishing a pass herself, Rickertsen made her mark on the Rebels’ offense.

More than half (45) of those kills came during conference action and Rickertsen was one of just three River Valley North players to have at least 50 assists (she had 70) and 40 kills during league play.

Rickertsen added 73 digs for good measure and got her hands on 12 blocks.

She was second on the team with 153 serve attempts, putting 131 of them in play, while coming up with 20 aces.

The Rebels’ leader in assists this season was Johnson, who dished out 199 of them, including 109 in conference play that ranked fifth in the division.

Johnson added five kills as well and was fifth on the team with 77 digs.

No Rebel spent more time behind the service stripe. Johnson led the team with 193 serve attempts, putting 162 of them into play, while serving up 26 aces.

More than half of those aces (14) came in conference contests, helping Johnson again finish among the division’s leaders in the category.

Red Report: Huskers can't be 'loose' with the ball; take what you can get; how the QB decision is made

Thank you for supporting the Small Businesses you LOVE!

Surprise your Christmas Cutie with their picture in the Wednesday, Dec. 16th Observer. All of the children's photographs along with family information will be placed on consecutive pages in alphabetical order. Just click on the button below to complete the form. The cost is $7 per child.

Partly cloudy skies in the morning will give way to cloudy skies during the afternoon. High near 45F. Winds NW at 15 to 25 mph. Higher wind gusts possible.