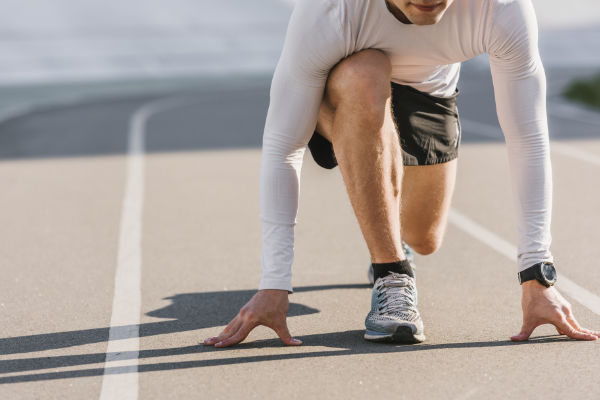 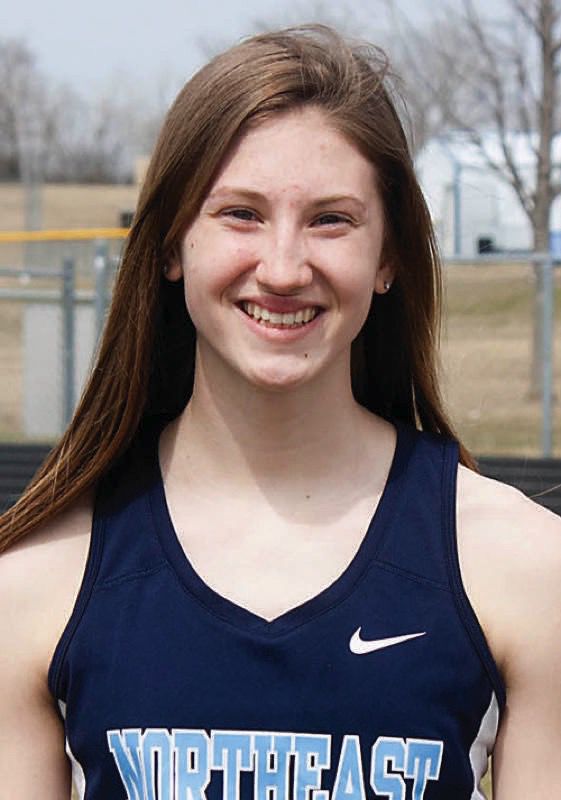 Northeast sophomore sets new school record in the high jump with a clearance of 5-4 to take second at Monday’s Dickinson Relays.

CEDAR FALLS — In recent years, you have been able to find an Observer-area high jumper on the awards stand at the Dickinson Relays, one of the state’s largest indoor track and field meets.

Calamus-Wheatland’s Cole Moeller won the boys high jump in 2017. Northeast’s Braeden Hoyer followed in his footsteps and won back-to-back crowns in 2018 and 2019.

With both jumpers now in college, somebody new was going to have step up — or leap up — to continue that run of success.

Chambers cleared 4-10 during one of the first outdoor meets of her freshman campaign, but dwarfed that in Monday’s season debut.

The bar kept climbing and so did Chambers, she cleared 5-2 — breaking the school record of 5-1 held by Lynne Ketelsen and Shauna McAleer — and then made it over 5-4. Most impressively, she accomplish both on her first attempt.

Ultimately, the next height, 5-6, proved to be the decider as only Keokuk’s Miracle Ailes — the reigning 3A state champion — was able to get over the bar.

But due to her lack of misses at the other heights, Chambers finished second among the other four jumpers (all of them returning state placewinners) who cleared 5-4.

Chambers’ record-breaking runner-up was the highlight of a big day for the Rebels, who had three other top-10 finishes at the meet.

Two of them came in the individual events.

Sophomore Ellie Rickertsen ran the fifth-fastest time — 9.33 — in the preliminaries of the 60-meter hurdles to qualify for the finals and then lowered that time to 9.26 to finish fourth overall.

Junior Neveah Hildebrandt, meanwhile, earned the last of 16 spots (nearly 240 athletes competed in the prelims) in the finals of the 60-meter dash with a clocking of 8.28.

The Rebel was even better in the finals, taking 10th overall with a time of 8.26.

Both Rickertsen and Hildebrandt ran legs on Northeast’s 4x200 team — Madison Tarr and Alexis Ehlers joined them — which earned a final top 10 finish by finishing right at 10th with a clocking of 1:52.43.

The Central DeWitt girls track team had their own top-10 finish in the relays, thanks to the 4x800 team of Crystal Burke, Mason Lange, Carly Small and Hannah Payne.

Northeast senior Claire Abbott brought home a top-20 finish in the shot put, taking 15th with her throw of 36-3.75 (Central DeWitt throwers Talbot Kinney and Maggie Borota joined her in the top-50 with throws of 33-1.5, good for 33rd, and 32-5, good for 40th, respectively).

Rickertsen, meanwhile, wrapped up a busy day by taking 19th in the 200-meter dash with a clocking of 27.95. Three spots behind her was Hildebrandt, who crossed the finish in 28.03.

Fresh off state medals in the 1A 800- and 1,600-meter runs, Calamus-Wheatland junior Chase Knoche started his quest for a repeat performance by landing in the top 10 of both races.

The Northeast 4x400 team had its own strong performance with the quartet of Thomas Machande, Grant Rickertsen, Cade Hughes and Joe Hasken placing 10th overall — they were the only non-4A team in the top 10 — with a clocking of 3:39.32.

Rebels senior Atzin Dondiego uncorked a 17th-place throw of 46-11.5 in the shot put, while Cal-Wheat junior Dillon Grau was just four spots back of him with his own throw of 46-1.

Rickertsen, meanwhile, just missed out on a spot in the finals of the 60-meter hurdles by taking 18th in a time of 8.73.

Brees on kneeling during 2020 NFL season: 'I will never agree with anybody disrespecting the flag'

Partly cloudy. A stray shower or thunderstorm is possible. High 86F. Winds NNW at 10 to 15 mph.