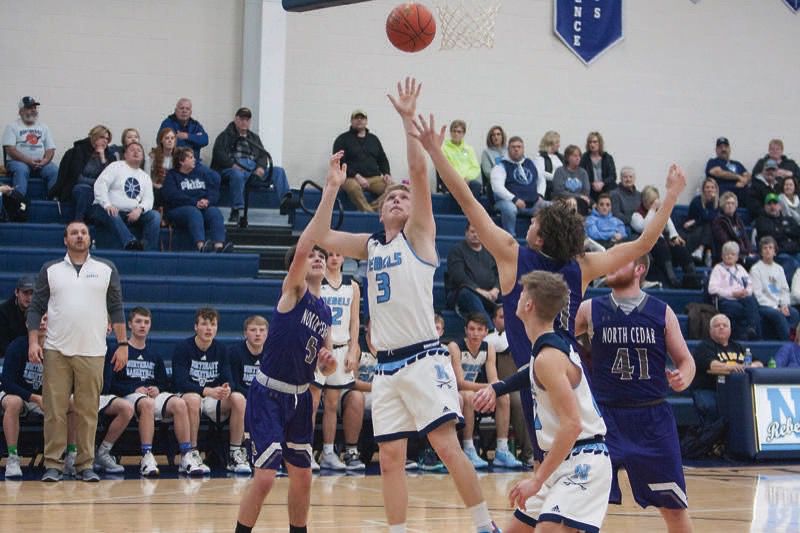 Northeast senior Dakota Stevenson puts up a shot inside during the second half of the Rebels’ conference game with North Cedar. Stevenson earned All-River Valley Conference honors after a senior season in which he averaged 10 points and was second on the team in both rebounds and assists. 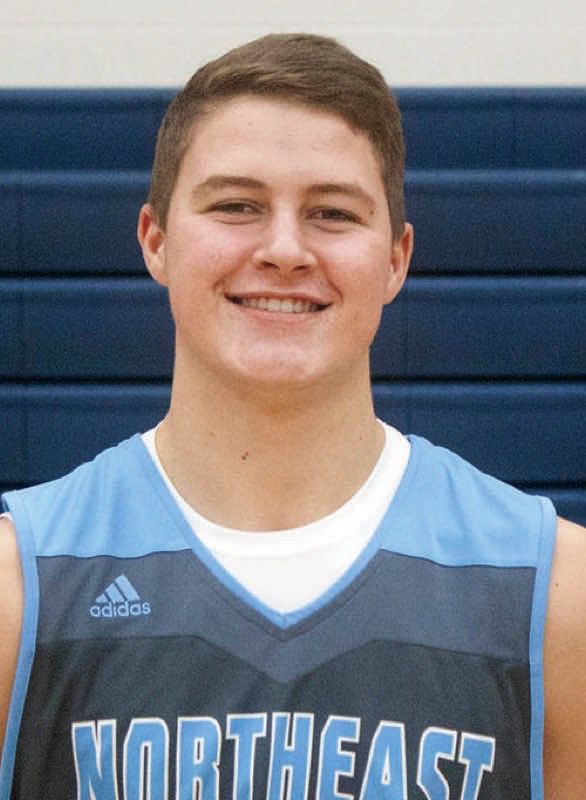 Just 22 points separated the Rebels’ three leading scorers’ season totals (230, 220 and 208) and Northeast had five players average between six and 10 points per game.

That all-hands-on-deck approach paid off for a Rebels squad that graduated its two leading scorers from the year before and had a first-year head coach.

As such, a pair of Rebels — senior Dakota Stevenson and junior Judd Swanton — were honored on the recently announced All-River Valley Conference teams.

Stevenson was one of 10 players honored on the North Divisional Team, while Swanton brought home honorable mention accolades.

Stevenson averaged 10 points per game in his senior campaign, while finishing second for the Rebels with 87 field goals.

Nineteen of those made shots were three-pointers and Stevenson tied for third on the team with 27 free throws.

The senior’s impact on offense was also felt with his passing as he finished second on the team with 53 assists.

Stevenson added 100 rebounds — good for second on the team — and came up with 14 steals, while blocking five shots.

No Rebel grabbed more rebounds this winter than Swanton, who finished second among North division players with 175 boards — an average of 7.6 per game.

The junior forward was third on the team with 208 points and paced Northeast with 88 field goals — all of them two-pointers. Swanton scored his other 32 points at the free throw line, shooting better than 71 percent at the foul line.

Swanton dished out 33 assists as well and was a force on the defensive end with 26 steals and a team-high 33 blocks — the latter number good for sixth among North players.

Moos blends optimism with patience, caution for return of sports