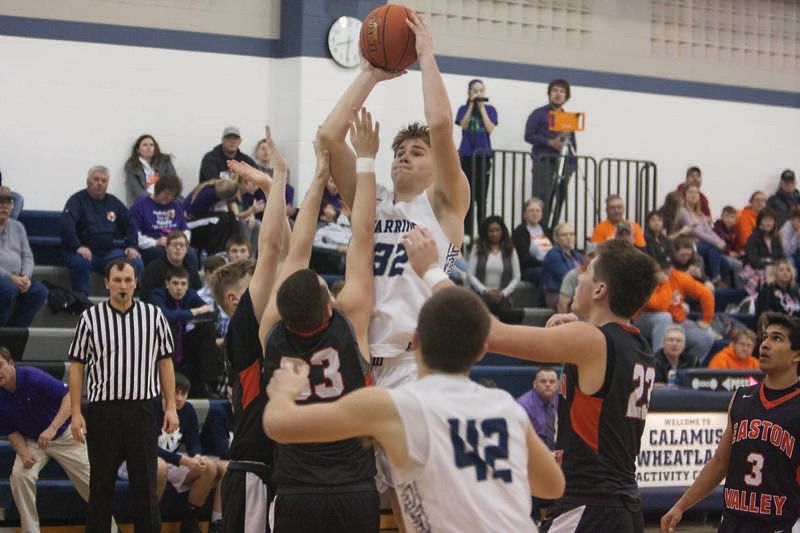 Calamus-Wheatland junior Kaden Schnede rises up for a shot over a crowd of Easton Valley defenders during the Warriors’ conference game with the River Hawks. Schnede earned first-team All-Tri-Rivers East honors for a second straight year after leading the Warriors in scoring and pacing his division with 87 offensive rebounds. 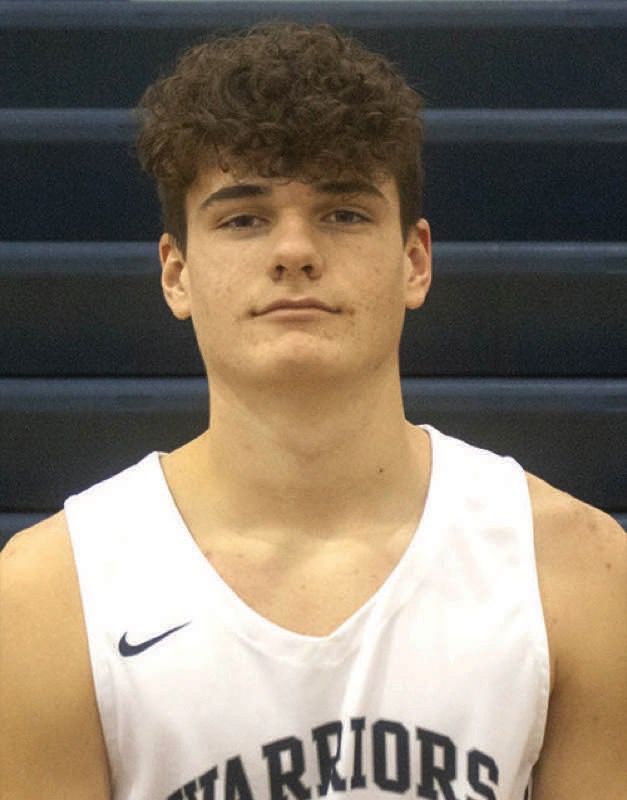 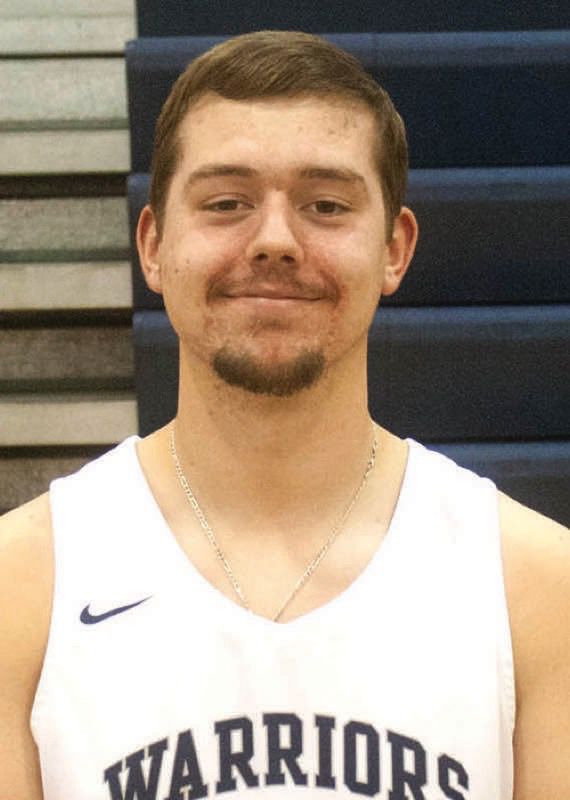 After the departure of four seniors from last year’s co-Tri-Rivers East champion, the Calamus-Wheatland boys basketball team knew its players would have new and expanded roles this winter.

The Warriors embraced them, leading to more victories on the hardwood.

Cal-Wheat, in fact, finished second in the division to state-ranked Easton Valley, going 8-4 in Tri-Rivers East play and 10-7 in the Tri-Rivers altogether.

A trio of Warriors were honored for their part in that continued success, landing on the All-Tri-Rivers East team.

Junior Kaden Schnede earned a spot on the first team for a second straight year, while fellow junior Brady Buchmeyer was one of seven players to be picked to the second team.

Schnede was one of just five Tri-Rivers East players to amass over 300 points as he finished tied for fourth with 333 — an average of 14.5 per game.

The junior forward made 150 field goals, including four three-pointers, and added 29 free throws.

Schnede was just as impactful on the boards. He finished fourth among East players with 171 rebounds — good for an average of 7.4 per game — and led the entire division by grabbing 87 of those rebounds on the offensive glass.

Schnede spread the ball around, too, with 25 assists, while coming up with 14 steals and a team-high eight blocked shots on defense.

Buchmeyer had a breakout season in his junior campaign.

The guard finished second in the entire East division with 115 assists — an average of five per game.

And Buchmeyer could do his own scoring. He ranked second on the team with 285 points (12.4 per game), knocked down 26 three-pointers and thrived at the free throw line, ranking second in the East with 71 made foul shots.

Buchmeyer grabbed 129 rebounds for good measure and was a strong defender with 52 steals — good for second in the division — and five blocked shots.

Right behind Buchmeyer in the steals category among Tri-Rivers East players was Banowetz, who ranked third overall with his 51 steals.

The senior made an impact on the offensive end as well, pacing the Warriors with 34 three-pointers to help him finish with 215 points (an average of 9.3 per game).

Good at sharing the basketball as well, Banowetz added 33 assists and also pulled down 73 rebounds.

Notebook: Boise State athletes will be required to test negative for COVID-19 before practicing