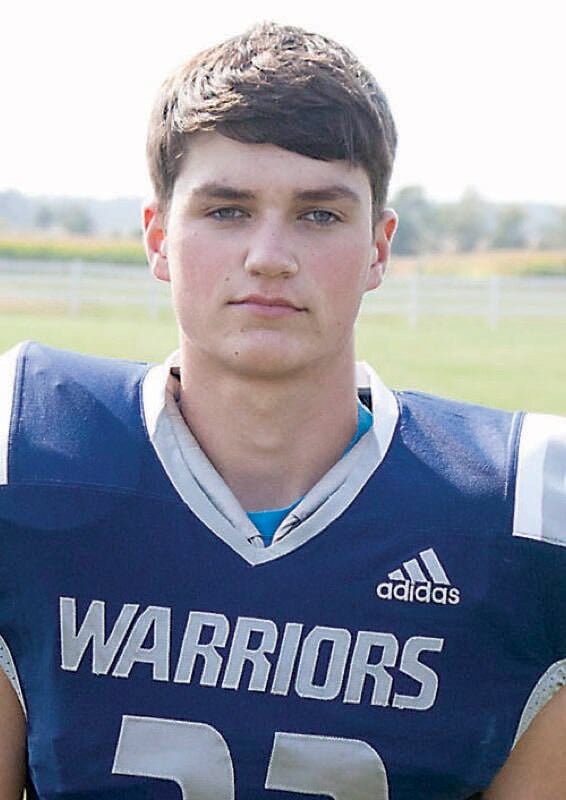 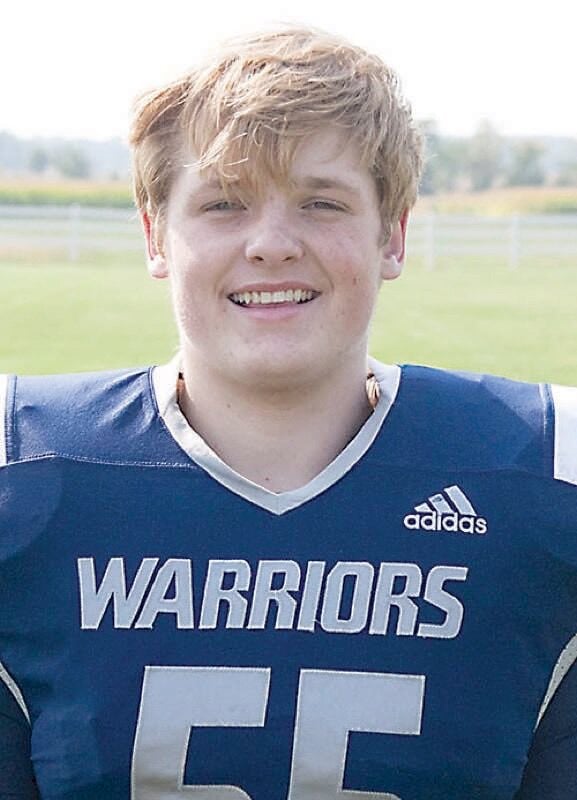 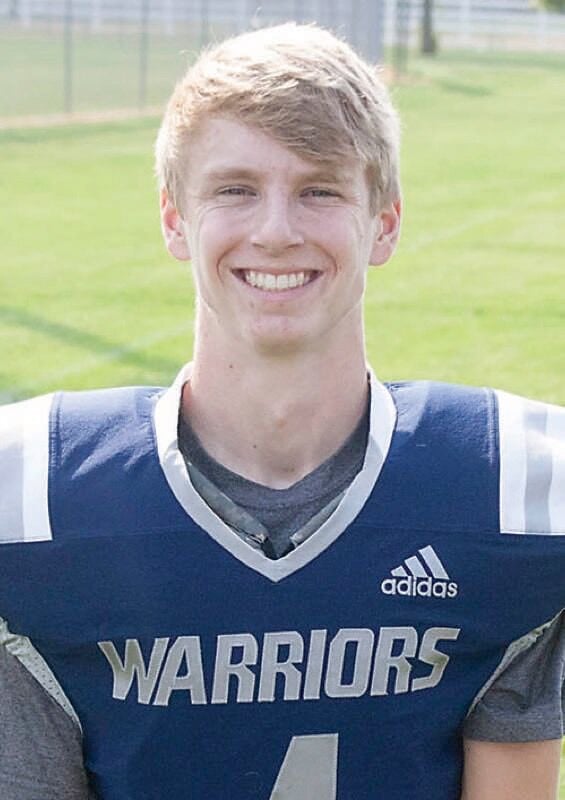 In a season of new experiences, few accomplished more than the versatile trio that make up the Calamus-Wheatland football program’s first all-district honorees.

All three Warriors were selected to the All-Eight Man District 5 team: C. VanderHeiden to the first team, Appleby to the second team and K. VanderHeiden as honorable mention.

No Warrior found the end zone more than C. VanderHeiden, who scored the first points in program history and ultimately had a hand in 10 of the team’s 14 touchdowns.

That includes scoring nine directly, as the junior led the team in both rushing and receiving.

VanderHeiden carried the ball 104 times for 526 yards — an average of 5.1 yards per run — and scored five touchdowns on the ground. He added 17 receptions, exactly half of the team’s 34 catches, for 298 yards and four more scores.

Not to be outdone, the Warrior also completed five passes as quarterback for 118 yards and a final touchdown.

On defense, VanderHeiden had a team-high 52 tackles with 39 solo stops, five tackles for loss and two sacks. He also averaged 17 yards on six kickoff returns, punted four times and kicked off once.

Appleby spent a large chunk of his offensive campaign snapping the ball as the team’s center, but also switched from making holes to running through them as a fullback.

The sophomore, in fact, finished second on the team with 75 carries, which he turned into 249 yards, and also hauled in a pass for five yards.

The Warrior was a disruptive force on defense, leading the team with eight tackles for loss and joining VanderHeiden with two sacks. Appleby finished with 48 tackles, including 34 solo stops, and recovered a fumble.

That was just part of the offensive support that the senior provided. He also carried the ball 50 times for 125 yards and another touchdown, while his 65-yard touchdown reception was the team’s longest play this season (VanderHeiden finished second on the team in receiving yards).

On defense, VanderHeiden came up with 37 tackles — 31 solo — and had a knack for being in the right spot for recovering fumbles: Cal-Wheat had six takeaways this fall, VanderHeiden supplied half, falling on three loose balls.

Only six players in all of eight-man, meanwhile, had more kick return yards than VanderHeiden, who amassed 492.